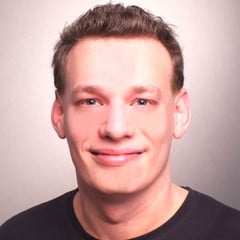 The first time I touched a 3D Program I was only eleven years old. From this moment I was infected. As soon as I was able to buy my own PC I practiced and soon started to modifiy Games. Then I got my feet into the Industry at Keen Games, working as a 3D Artist on several titles from handheld to mobile and AAA Games. After almost eight years I figured it is time to try my own business as a Freelance Environment & Texture Artist.